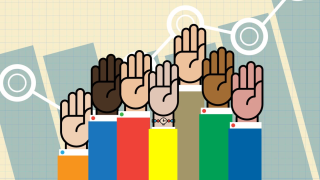 In light of recent events, this would be a good time to refresh and get relevant about Company Law and as the title suggests, shareholders’ rights in a company. Shareholders, being investors of the company, pour their money into a company in hopes to get a return on investment from the company so what can they do if they find RM2.6 billion appear in one of the directors’ bank account?

At its most fundamental level, the determination of shareholders’ rights depends on the types of shares they hold but this needs to be spelt out in the constitution. The type of shares they hold may confer preferential rights to distributions of capital or income, confer special, limited or conditional voting rights and also not confer voting rights (known as preferential shares).

Section 71 of the Companies Act 2016 provides that a company share, other than preference shares, confers on the shareholder the following rights:

(a) the right to attend, participate and speak at a meeting

(d) the right to an equal share in the distribution of the surplus assets of the company, or

(e) the right to an equal share in dividends.

By law, all public companies are required to have an Annual General Meeting once a year and failure to do so is a contravention to the law (s340). The change to the Companies Act 2016 has done away with the compulsory need for private companies to have one.

This is perhaps the most fundamental and powerful right of a shareholder– the power to influence the decisions of the company (#GE14). No shareholders should be denied the right to vote unless the share held doesn’t give the right to do so or other extraordinary reasons.

A key case dates back to the 19th century in Pender v Lushington wherein the Articles of Association, no one is allowed to vote on more than 100 shares in any meeting. Mr Pender who held 1000 shares split his votes and registered them under the names of a number of nominees. The Directors refused to have his votes counted. The court allowed an injunction for the votes to be counted. In a meeting, the company cannot look behind the ownership. A right to vote is a property right and an individual right in respect of which the member can sue. (Ps, this also allows a personal claim against the Directors for refusing to let the shareholders to vote).

Of course, the courts have been creating exceptions to the Foss v Harbottle rule where it assumes the appropriate body to decide whether litigation should be brought is the shareholders in a general meeting and leaves minimal scope for shareholders to commence derivative litigation (Kershaw). However, the new Company Act 2016 has done away with Common Law Derivative action and we only have the Statutory Derivative Action under the Act under section 347.

Therefore, Derivative proceedings can only be brought with leave of court and it will consider if (a) the complainant is acting in good faith; and (b) it appears prima facie to be in the best interest of the company that the application for leave is granted. Complainant is defined under s345.

It appears to give wide discretion to the courts whether leave will be granted. In Mohd Shuaib Ishak v Celcom (Malaysia) Berhad (the first reported case under S181A Companies Act 1965 which was the statutory derivative action then) Indeed there was no need to prove ‘wrongdoer control’, doesn’t exclude negligence and no set bar to the claim. This case serves as a wake-up call for directors to carefully consider how they handle a company’s affairs as their decisions can be subject to scrutiny by minority shareholders who have a statutory right to challenge the same in court if the requirements under section 181A of the Act are satisfied.

However, as seen in the Federal Court case of Perak Integrated Networks Services Sdn Bhd v Urban Domain Sdn Bhd & Ors, Section 347 have since abrogated the common law derivative action. Any derivative actions can now only be done by way of statutory derivative action as canvassed under Section 347. However, the case was useful in highlighting that even where there are no minority shareholders, a case of derivative action can still be brought i.e. 50/50 in this case.

This is a remedy that allows shareholders to bring an action when they had suffered a personal wrong. The courts will also scrutinize at any agreements between the shareholders and the directors to see if there had been any understandings or legitimate expectations. If there are any, the shareholders would have a stronger case for proving oppression.

Whilst there is no one rule for all test as to what amounts to oppression, Kumagai Gumi Co Ltd v Zenecon-Kumagai Sdn Bhd [1994] 2 MLJ 789 has the following to say: “With the wide wording employed in the statute, it is clear that the categories or examples of actions which would constitute oppression are not closed or limited. Having said that, oppression of minority shareholders usually occurs when an act of the majority infringes upon the rights of the minority shareholders. Usually, this involves actions which are unfair or actions which depart from standards of fair dealing“.

Simply put, it is where the directors (or similar) was aware of the complainant’s rights and interests but had deliberately chosen to ignore or act against those interests. Examples include where the director has breached its obligations under the company constitution to call an AGM, to allow a shareholder to vote or non-disclosure of company affairs and even non-payment of dividends.

Just note the case of Ng King Chong & Anor Nation Park Sdn Bhd & 2ors that the name of the oppressors must be named as a party to the action as the court finds that it gives them an opportunity to defend themselves.

An injunction relief carries traits of an equitable relief hence parties claiming injunction must come with clean hands, must contravention or attempts to contravene of the law and that the Honourable Court is of the opinion that such relief is in the interest of justice. 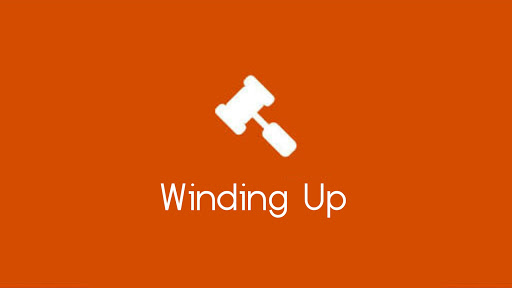 If all attempts to properly settle the matter had failed, a shareholder may apply to the court for just and equitable winding up.

A just and equitable winding-up situation is not a primary remedy given by the Courts as the general approach is that the majority shareholders should buy out the minority shareholders for sustainability of the business. Actions of this nature often connote elements of legitimate expectation, shareholders’ deadlock, breakdown of mutual trust and confidence among the shareholders and/or management of the company which may justify the request to wind up the company.

Being an equitable relief, Lord Wilberforce explained in Ebrahimi v Westbourne Galleries Ltd [1973] AC 360. that through the just and equitable clause, certain obligations common to partnership relations may come in; the analogy to partnership is convenient because the concepts of probity, good faith, and mutual confidence, developed in partnership law, become relevant considerations once the elements stated above are found to exist

The Companies Act 2016 has provided for vast improvements in protecting minority shareholder rights such as lower thresholds to amend the Articles of Association and shareholders meeting and gained the right, inter alia, for management review.

In conclusion, the law does give shareholders remedies for when their rights are being infringed and those rights were illegally exercised. It will be also useful to know about what director’s duties are such as promoting the success of the company, duty to exercise independent judgment and duty to exercise reasonable care, skill and diligence are amongst the core duties of company directors. Active participation on the part of shareholders will ensure that directors are held accountable and will not accumulate RM38 billion debt. (Illustrations are inspired by real-life stories hence any similarities may be coincidental).