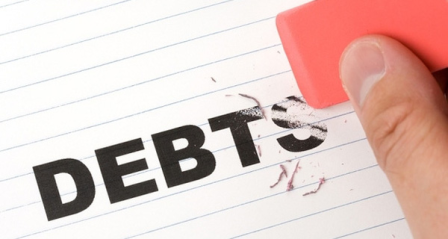 Companies write off bad debts for a multitude of reason: the debtor has gone bankrupt or is under liquidation, disproportional effort to recover the money owed or just simply to recover as much as possible and get on with life. For the debtor, there are 2 ways that this write off might affect them: it can be taxable and it can also not be taxable.

The difference is what makes a write off debt to be taxable is normally if it is revenue in nature and trade-related whilst it is not if the reverse applies. Under Section 30(4) Income Tax Act 1967, where a taxpayer had previously claimed a tax deduction or capital allowance and the amount of debt is then released, it would be treated as being part of the debtor’s gross income and hence taxable in the Year of Assessment in which the debt was forgiven. Similarly, if the taxpayer had not claimed a tax deduction or capital allowance previously, the release of debt should not be brought to tax.

In FT v MIRB, the waiver of loan was taxable as an income. The loan given was used to fund the operational expenses of the company and hence when it was waived, it should have been rightly brought to tax, which the taxpayer failed to do. Salient facts of the case are as below:

The contention made by FT was that it should not be considered as s4(a) as it is not a gain or income as it was used to pay off the creditors, it was a form of support to the subsidiary, it had recorded the man as contribution to capital and thus had been credited into the Appellant’s capital reserve and not subject to tax.

The IRB questioned that the loan was contributed as capital because there was no increase in the FT’s share capital and that the loan is a gain because it was used to fulfil FT’s business obligations and is, therefore, part of its business gains and profits under s4(a) ITA.

Held: it was taxable. It was found that the loan was never intended to be treated as capital or to be converted and is written off as operating expense by the holding company. When the loan was waived, FT’s obligation to repay the loan did not arise any more and thus following the House of Lords decision in HM Inspector of Taxes v Lincolnshire Sugar Co Ltd, the loan ought to be rightly taken into account when computing the adjusted income.

The loan was also not a gift which was unconnected with FT’s business activity but was part of the income-producing activity and hence part of its operating expenses.

However, a contrasting outcome is seen in KPHDN v Bandar Nusajaya Development which went up all the way to Court of Appeal on point of tax law but to Federal Court on point of judicial review (Federal Court generally do not entertain to tax cases). In this case, the IRB sought to have the waiver of debt to be taxed under section 22(2)(a) instead of section 4(a) as falling under “any sums receivable or deemed to have been received”.

In Bandar Nusajaya, the holding company provided a loan to the taxpayer in which the taxpayer took a deduction for the interest against two types of income: business and non-business pursuant to section 33(1). However, the holding company then waived the interest expense payable and as such, the taxpayer brought a part of it to income tax pursuant to section 30(4) but did not bring RM181 million as it was of the view that it did not fall under section 30(4). Section 30(4)(a) reads: “Where a deduction has been made under subsection 33(1) in computing the adjusted income of the relevant person… the amount released shall be treated as gross income of the relevant person from that business for the relevant period.” The question was whether section 22(2)(a) enabled the IRB to compel the RM181 million to be taxed despite the fact that it was waived against its non-business income.

A heated debate was what interpretation should’ve been taken when interpreting Section 22(2)(a). Section 22(2)(a) reads: “the gross income … shall include any … insurance, indemnity, recoupment, recovery, reimbursement or otherwise” The IRB claimed that the word “otherwise” is wide enough to capture the waiver of debt in the non-business income of the taxpayer. However, the taxpayer contested the IRB’s understanding of the word “receivable” and “otherwise”. It contended, amongst other disagreements, that the word “receivable” included a debt which was, in common sense, not something to be “receivable” and the word “otherwise” was limited to payments of similar nature as the words used before it.

On the first point of whether a debt is something “receivable”, both the High Court and Court of Appeal answered in the negative. They referred to the natural definition of the “receivable” as “capable of receiving” (Oxford English Dictionary) or “awaiting receipt of payment (accounts receivable)” (Black’s Law Dictionary). It should mirror the characteristics of an income that “comes in” and not something that is saved from (Tenant v Smith). The common treatment of when a creditor waives a debt, the Court of Appeal agreed and a purposive approach ought not to have been taken which will render the section superfluous and redundant and Parliament does not pass law in vain.

On the point of whether the word “otherwise” is wide enough to claw back the RM181 million to income tax, the High Court and Court of Appeal agreed that it isn’t. The High Court held that the word “otherwise’ must be confined to things of the same kind as the preceding words. In the case of section 22(2)(a), the preceding words shared a common character connoting a receipt, something “receivable”. On the other hand, a release of debt is a discharge of an obligation. The case relied upon the IRB for the interpretation of the word “otherwise” was also inconsequential in the present case. In Norliana bte Sulaiman (the cited case by IRB), the word “otherwise” under Section 114 of the CPC was preceded by only the word “caution”. In the present case, the word “otherwise’ is preceded by five other words which can form a genus. Therefore, otherwise should also be understood in light of the words before it and not standalone to be a “capture all” net. (It should be noted that the Federal Court overturned the decision on the basis that the taxpayer ought to have commenced from the Special Commissioners of Income Tax and not by way of judicial review.)

However, tax being tax, it’s not the most easily understandable subject in the world. It was noted that the IRB has also acknowledged that section 30(4) is not relevant to the present factual circumstances and as such, proceeded to bring it to tax under another section. I wouldn’t call this a frivolous demand but rather a taxing statute, being one that imposes an obligation, must be understood in its plain and natural meaning. Furthermore, Section 30(4) is a specific provision which ought to take precedence over a general provision like section 4(a) or section 22.

I personally find these cases to be very useful in shedding light on the issue of whether a waiver of debt is considered as a form of income in the books of the debtor. It also reinforces the underlying understanding that only a release of debt in the business income of the taxpayer, and not in the capital account/ capital reserve or non-business income, is taxable. Section 33 allows deduction of expense wholly and exclusively incurred in the production of gross income, it does not specify that it must specifically be income from a source of business. Therefore, a deduction pursuant to section 33 but subsequently forgiven in the non-business income of another is not taxable.

Coming from a legal background, most of my interest has roots in Competition law and Taxation Law. I'm currently in KPMG Malaysia as a Tax Consultant to hone my skills and to develop myself better. I plan to be part to be on the corporate side of things to gain a better understanding of the workings of Tax before diving into the legal realm. Feel free to contact me at choycaiying@gmail.com if you have any comments/ queries. Many thanks. View all posts by sophiachoy