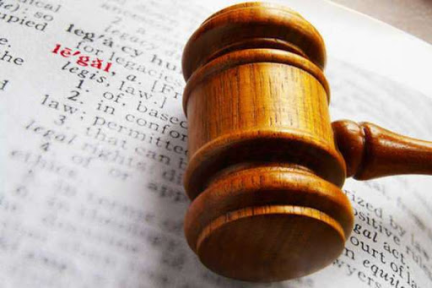 Under the Income Tax Act 1967 (Act), all taxpayers aggrieved by the decision of the Director General of Inland Revenue (DGIR) must appeal to the Special Commissioners of Income Tax (SCIT) to have its case heard. However, in view that a decision of the DGIR is also a decision of a government servant in carrying out its duties, judicial review under the Rules of Court 2012 is an available remedy for taxpayers to seek recourse.

However, in light of the recent Federal Court decision in Bintulu Lumber v DGIR, are the doors to judicial review for tax cases now closed?

The judicial review route is often more preferred instead of appealing to the SCIT due to the benefits available to taxpayers such as:-

This is perhaps the most common reason why taxpayers would want to seek the judicial review route. Under the Act, once the DGIR raises an additional assessment, such sums are payable on the due date regardless of whether or not an appeal is made:

“103. (1) Except as provided in subsection (2), tax payable under an assessment for a year of assessment shall be due and payable on the due date whether or not that person appeals against the assessment.”

There are no other sections within the Act which allows a taxpayer to withhold payment. Therefore, imagine if the DGIR suddenly lands a bombshell of RM1trillion in additional taxes to be paid within 30 days, one can only imagine the immense challenge of meeting the bill if you don’t have RM1 trillion just sitting in your bank account for easy disposal.

Vide the judicial review route, taxpayers will be able to raise Order 29 rule 1 of the Rules of Court 2012 for an injunction order to restrain the DGIR from enforcing the additional taxes and taking proceedings to enforce payment of the additional assessment after the due date.

An appeal via judicial review involves only exchanges of affidavits as sworn evidence. There are no witnesses required to be present in a case starting as originating summons (such as judicial review) whereas there will be examination of witnesses in the SCIT.

The duration of the whole process varies depending on the complexity of the matter. A straightforward judicial review can be disposed of within a year or two. However, cases in the SCIT do involve coordination of time with witnesses and therefore are a lot longer.

Judicial review is an applicable route where the taxpayers have no other viable options for redress. For example, the Goods and Service Tax Act 2014 was enacted, appeals against the Director General of Customs (DGC) were to be made to the GST Appeal Tribunal. However, with the subsequent enactment of the Goods and Service Tax Act (Repeal) Act 2017, the GST Appeal Tribunal ceases to exist.

Therefore, taxpayers aggrieved with the decisions of the DGC can only bring the matter to the High Court by way of judicial review for the case to be tried.

Bintulu Lumber v KPHDN (Bintulu Lumber) concerns the question of whether oil palm fruits can be considered to be a “fruit” under Schedule 7A of the Act to claim reinvestment allowance. The Taxpayer was in the palm oil plantation business and had claimed reinvestment allowance on a few occasions. This resulted in 2 separate suits relating to different assessments – Year of Assessment (YA) 2008 and 2011.

In the first suit corresponding to YA 2008, the SCIT allowed the Taxpayer’s claim but that was subsequently overruled by the High Court and Court of Appeal.

In the second suit corresponding to YA 2011, the Taxpayer applied for judicial review. This was dismissed in both the High Court, Court of Appeal and also the Federal Court.

That being said, taxpayers must take note that judicial review is only applicable to exceptional circumstances as held in Government of Malaysia & Anor v Jagdis Singh [1987] 2 MLJ 185:

Examples of cases where judicial review are suitable are where there are case law to support a certain proposition but the DGIR contends otherwise, acting arbitrarily by failing to give reasons and acting unreasonably in the Wednesbury sense.

Finally, the Federal Court in Majlis Perbandaran Pulau Pinang v Syarikat Bekerjasama-sama Serbaguna Glugor dengan Tanggungan [1999] 3 CLJ 65 held that the existence of an alternate remedy does not automatically shut off judicial review but the merits of the case would be one that gives rise to exceptional circumstances:

“The reason for this is that whilst in theory the courts there frequently recite the incantation that alternative remedies must be exhausted before recourse may be had to Judicial Review, in practice, the courts are often much kinder to the application with a good case on the merit, who is faced with this hurdle to clear…”

Therefore, Bintulu Lumber ought not to be treated as a revolutionary or landmark case as it merely recanted the position that judicial review is not suitable where there is a dispute on the question of fact. This is not the first time the Federal Court has ordered that a case ought to start by appealing to SCIT as in Bandar Nusajaya Development.

Judicial review is always available for taxpayers seeking recourse from the additional tax assessments by the DGIR but the added burden is on taxpayers to prove special circumstances warranting the court’s discretion.